History of Ganjam can be rightly and aptly termed as ‘immensely rich’. After all, Ganjam’s history doesn’t just span across merely 100 or 200 years, but staggering 2000 years. When a region’s history is as old as 2000 years, it is but sure that its history will be indeed rich and eventful. Although large part of Ganjam’s history does suffer from lack of accountable proof and material, but whatever little existing proofs that are there are more than sufficient to point that Ganjam’s history is indeed immensely old. Below is a complete summary of Ganjam’s rich history – right from ancient history to modern history. 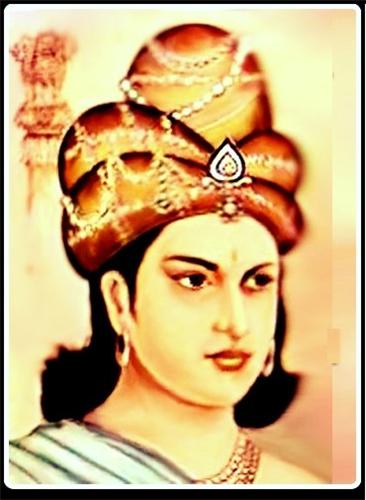 Ganjam got it's name from the word "Ganj-i-am" which means the Granary of the World. It was once part of Kalinga empire. When Ashoka conquered Kalinga in 261 B.C. it came to be administered by Mauryan emperor. Many stone inscriptions that can found even today, which amply proves the deep bond that Ganjam region shared with Ashoka’s Mauryan Empire. However, there is little known about Ganjam region during pre Mauryan Empire. In all likelihood, Ganjam region may have been part of immensely famous kalinga empire, which ruled major part of present day Odisha before the dawn of Mauryan Empire. After the collapse of once mighty Mauryan Empire, Ganjam literally eclipsed from Indian history for thousands years.

After been in oblivion for thousands of years, Ganjam came into light in 18th century. The year was 1757 when French Commander Bussy invaded many parts of present day Odisha including Ganjam and extracted tribute from federal chiefs. However, French regime in Ganjam or for that matter in entire Odisha didn’t last too long. It succumbed to growing supremacy of British Empire over Indian sub continent. British period was indeed very eventful for Ganjam. And the most important event was unarguably the naming of this region as ‘Ganjam’. Interestingly, this region carried no specific name during its ancient history, or specifically during Mauryan period/regime. According to historical sources, British had named this as Ganjam after old township by the same name that existed on northern bank of river Rushikulya. This small town though is no more in existence.

The modern day history of Ganjam can be said to have begin in year 1936. Simply because in this year British made Ganjam official part of Odisha state, which is its home state today. Before 1936, Ganjam was actually part of Madras province. It was owing to huge distance between Madras and Ganjam and subsequent administrative problems that Ganjam was eventually made part of Odisha. Ganjam, however, was much bigger in area size than what it is today. It included many regions and towns that later become independent districts. The last reorganization of Ganjam District happened in 1992 when Parlakhemundi subdivision was separated from Ganjam to form Gajapati District.

As for present day Ganjam is concerned, then it is surely slowly leaping forward with modern times. Although even today it is one of the backward districts of India. Its dynamism, however, lies in rich cultural heritage which even in today’s modern time still finds expression in people’s day to day life.Overall, it can be concluded that Ganjam’s history would not have been rich if king Ashoka’s Mauryan Empire hadn’t stepped on to this land. Their impact and aura can be felt even to this day through many historical monuments and temples.