Art and Culture in Ganjam

Ganjam is culturally and artistically one of the lively regions of Odhisa. Here unique dance forms, theatre forms and handicraft art forms have thrived and evolved through centuries. Today all these art forms and cultural expressions are unarguably important part of Ganjam’s distinct identity. They invariably also have contributed in making Odisha’s art & culture vibrant and dynamic. Below is detailed information about rich art and culture of Ganjam region.

Prahlad Nataka is a folk theatre that originated in Ganjam region some 300 years back. It was rage among local people of Ganjam during ancient times and continues to be so even today, though today its popularity has declined quite a bit. The entire natak is based on mythological story of king Prahlad and how he endured torture by his demon father Hiranyakashipu. Prahlad’s entire trail and tribulation are enacted by traditional music and dance. Besides, costumes worn by artists are also traditional but more importantly they are larger than life. 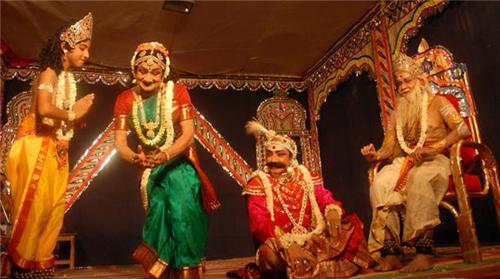 And lastly, entire natak is enacted in Sanskrit and Oriya languages. Today popularity of this folk theatre is no match to popularity it once enjoyed during ancient times – as has been clearly mentioned earlier. Despite major loss in its popularity, it still manages to draw sizable crowd. And to draw the audience and meet demands of changing time’s natak’s structure and format has gone through lot of changes. Nonetheless, core and essence of natak remains same. All said and done, Prahlad natak is surely one of the greatest artistic achievements of Ganjam region. It reflects Ganjam people’s great appetite for art. More importantly, it helped in making Oriya’s culture richer and vibrant. And it is such integral part of Ganjam’s cultural identity that it will definitely overcome all odds to preserve its identity.


Religious Fairs and Festivals in Ganjam

Any talk about Ganjam’s culture or for that matter Odisha state’s culture would be incomplete without any mention about its religious fairs and festivals. Simply because they are celebrated with immense pomp and glory, and more importantly their celebration carries unique touch of Odisha’s culture. Folk music, dance, lights, colors – all come into play to celebrate festival here. And the festival that is celebrated with absolute unbridled passion here is Holi. In Ganjam and also in rest of Odisha Holi coincides with famous Dola Yatra. Dola Yatra is unique only to few Indian states located in eastern India including of course Odhisa. Dola Yatra is 5 day procession marked with traditional music and dance. It eventually ends with celebration of Holi.Other festivals that are equally important here are Makar Sankranti, Durga Puja, Siva Ratri and Dilwali. All these festivals are also celebrated with immense fervor and enthusiasm. 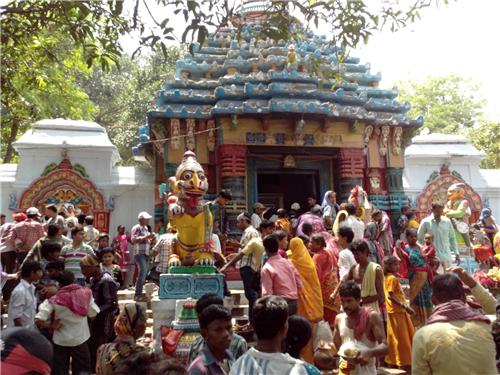 And now some information on famous annual religious fairs organized in Ganjam. Ganjam’s culture reaches its zenith during these religious fairs. And the fair that brings out the best of Ganjam’s traditional culture is Tara Tarini Mela, one of the biggest religious fairs of Odisha state. It is held every year at Tara Tarini Temple - 30 kms away from Berhampur town - between mid of March to mid of April, which is the month of Chaitra in Oriya Calander. Thousands of devotees from across Odisha come here accompanied with music, dance and colors to seek blessings of Goddesses Tara and Tarini. The cultural and religious fervor during the mela is indeed worth experiencing and can’t be merely expressed in words or adjectives. In other words, Tara Tarini is one of the proud cultural symbols of Ganjam.

One of the specialties of Ganjam’s art and culture is its sheer love for handicraft art. Ganjam’s bond with handicraft art started many hundred years back and is still going strong. Today in fact Ganjam’s love for handicraft is known all across the world, as some of the handicraft items have become major exportable items. These items reflect Ganjam’s artisan’s mastery and flawless artistic work. These items include Bomkai silk Pata Sarees and Behrhampuri Pata Sarees, special Oriya Sarees known immensely for their rich and vibrant designs. Flexible brass fish produced in Bellaguntha village is another handicraft specialty from Ganjam District. Besides, Ganjam people have also mastered in other handicraft arts like Pottery and Terracotta, Dhokra, Horn works, Brass and Bell Metal Works etc.

Overall, Ganjam’s rich art and culture simply stands out for stupendous achievements and immense contribution. But more than anything else, it stands out for its sheer resilience that has helped it to stand the test of time and today has become integral part of Ganjam’s identity.