Located on border of Andhra Pradesh and home state of Odisha, Ganjam today is well known across India. Thanks to its beautiful beaches and temples that has contributed a lot in making it popular in Orissa and India. . But, there is definitely more to this place than scores of beautiful tourist destinations. Ganjam’s immensely rich history coupled with thriving art and culture and its many other aspects make it a unique and stand out districts amongst hordes of other districts of Odisha. Here is brief look into profile of Ganjam. 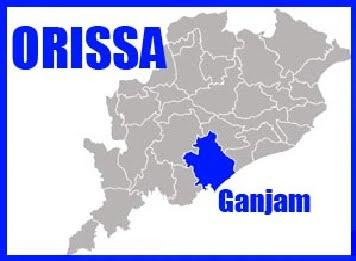 Ganjam’s history dates back to Mauryan period as many historical accounts, mainly stone inscriptions, clearly indicate that Ganjam during ancient times was part of mighty Mauryan empire. However, with fall of empire, Ganjam almost eclipsed from India’s history for centuries. This region gained back its historical relevancy only in year 1761, when French army gained control over Ganjam and many of its adjoining regions. French’s tryst with Ganjam was, however, immensely short lived. It was cut short by the arrival of British, who by 19th century had gained control over almost entire Indian subcontinent. British ceded its control over Ganjam only in 1947, the year India gained independence. Read More.............

Geographically, Ganjam is defiantly one of the richest districts of Odisha state. It is home to beaches, rivers, rich flora & fauna, soils and even minerals. In terms of geographical location, it is located 19.4 to 20.17°North Latitude and 84.7 to 85.12°East Longitude. It covers total area of f 8070.60 sq km. As far as climate is concerned, then temperature during all seasons including monsoon rainfall is pretty moderate. It has a long coast line that facilitates in fishing and other related activities. Read More.................

Business and Economy in Ganjam

Ganjam’s economy is completely agrarian based, with fair amount of support from animal husbandry. Almost 75% of its total workforce is engaged in agriculture, while the rest are engaged in animal husbandry and quite a few industries operating in the district. And amongst quite a few industries that are there ‘mineral extraction industry’ is the most prominent and critical for district’s economy. This is obviously because it generates sizable employment and also contributes to district’s annual revenue. Mineral extraction industry’s big presence in the district is obviously owing to huge mineral reservoirs found here.Another very important industry is Handicarft and Cottage industry, which has always been and even today continues to generate employment and livelihood for thousands of people in the district. In fact Ganjam’s handicraft products are immensely famous and are exported all across India. Read More......................

Being home to scores of beautiful temples and beaches, Ganjam’s tourism industry surely has immense potential to grow in coming decades. As of today majority of tourists that come to Ganjam are from other districts of Odisha and neighboring states. Very few tourists come from far off places. Below listed the names of few of the most celebrated tourist destination in Ganjam . 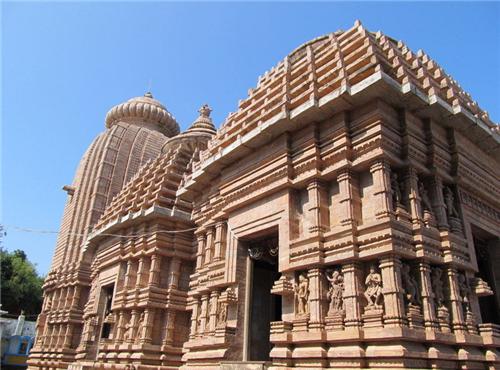 Art and Culture of Ganjam

In terms of art and culture Ganjam is surely one of the richest regions of Odisha state. Here all the major Hindu festivals are celebrated with absolute pomp and show. Accompanying with colors, music and yatra. Celebration fervor is most visible during Diwali and Holi. Another major cultural highlight of Ganjam is Tara Tarini Mela, annual religious fair celebrated at famous Tara Tarini Temple. This annual mela is one of the eagerly awaited religious fairs of Odisha. It is celebrated on each Tuesday in Hindu month of Chaitra (mid March to mid April). 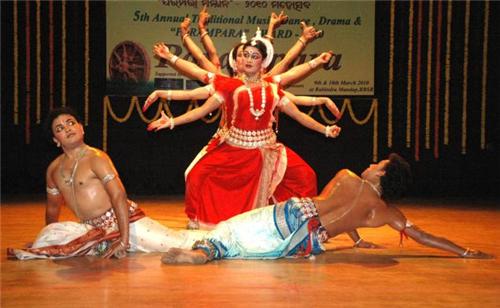 Cultural fervor in Ganjam literally reaches zenith during this period every year. As far as art is concerned, Ganjam has made tremendous contribution to this field. Prahlad natak, a traditional form of theatre originated in Ganajm, is one of the important contributions Ganjam has made to India’s religious theatre. It is still very popular among people of Ganjam. Read More....................

As for what makes up staple food here, then it is the usual Indian meal Roti, Rice and Dal. Seafood is also immensely popular in Ganjam. This is obviously because Ganjam is a coastal place and fishing is one of the important occupations here. Another very noteworthy thing is that most people in Ganjam are non vegetrarian. This is equally true about people living in rest of Odisha Districts.


Ganjam At A Glance